Jan 31, 2004 - A Russian teenager who had his penis amputated, has grown a new one on his arm. Doctors attached a rubber tube to the 16-year-old's arm and grew his skin around it.

The organ was then transplanted to his groin. The boy, known only as Malik, had to have his penis amputated when he burned it urinating on an electrical wire.

The Russian Clinical Hospital for Children surgeons created it by putting an empty latex cylinder in Malik's forearm and pumping a solution into it every day, reports Pravda.

The cylinder grew on the boy's arm for 10 months until it took on the shape of a penis.

Douglas Murray, a past president of the British Association of Plastic Surgeons, told Ananova this kind of plastic surgery was not uncommon.

Mr Murray said: "He would probably be able to stand up and urinate instead of having to sit and do so." 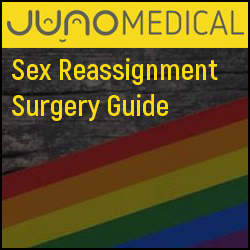